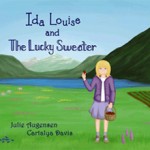 So many people have asked me, “How did you come up with this story?” or, “What inspired you to write this story?” The answer is best told in another story. I am a writer, after all.

I was visiting my brother’s family in Illinois and all three of my nieces were there along with my sister, mom and aunt. I had three finger puppets to give my nieces as gifts during our planned morning-out breakfast.

I woke up at 4 am that morning, and couldn’t fall back to sleep. So I did what anyone else would do, I sat there with the weary eyed dog wondering how I could make her bark so she would wake up someone. No, not really. I sat there wishing it was 7am as I knew that my brother would be up by then. 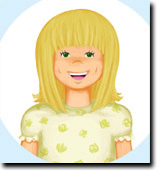 Bored to pieces, it then occurred to me that my nieces would probably love to hear a fun story about those little puppets so I began by naming them. I gave each finger puppet a super long elaborate name. Poochie Pat le D-O-Gee and Mystic Rosie Petal de la Fjord’s names are their original names. Ida Louise was originally named Princess Von Hoggenfroggen. You can understand why I changed her name to something easier.

At this point I’m wide awake and thinking about all kinds of story variations. 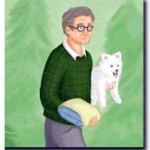 Once I had the names in place I needed a setting, so I chose Norway as my Husband and I had just returned from a cruise to the British Isles and Norway. My Grandpa, whom I adore and miss, was born in Norway, so he became an integral part of the story.

While visiting Bergen, I bought an expensive wool sweater, so I decided that Ida Louise also needed a special sweater. As for the flower, I imagined that she should have a mysterious beginning. 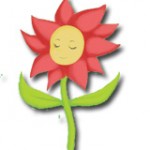 The locations in Norway are real cities and look similar to the illustrations. Some of the people in the book are real, and some are made up.

With my puppets in tow and my bullet pointed piece of scratch paper, I took my nieces to breakfast and when I finished giving each of them their puppet and telling the story, one niece asked, “Aunt Julie, is that a real story?”